One Poznań, two hearts, deary me

Considering the futile labours of determining whether the festival is a revolutionary event or just a joyful one, whether it is to deliver an openly acerbic cure to bitterness (similia similibus), or usher in a carnival, one text of introduction would prove insufficient. Thus we arrive at two versions, though they end with the same conclusion: join us for the Poznań of the Poets!

1. Festival, breath of air, freedom (version for the embittered)

This year’s Poznań of the Poets resembles previous festivals only on the outside. Indeed—as earlier—there will be poets at the Castle: young and old, those working their way up and the great ones, Polish and international, the lyrical and the angry ones; true, poems will be read and listened to aplenty; as always, they will be extensively talked about during the critical session, at schools, with students and all the time in between; again, competitions and awards will have their winners; and yet another bout of contest between poets and critics will take place as they will face shooting targets; our years will once more be less; and the music will play; and we will suffer no shortage of wine. It will again be different than usual and around.

Different that it was, as well.

Because sadly, the situation is exceptionally unlyrical.

It did happen at times that the tongue ached to utter a humorous complaint about the petty bourgeois to whom it would never occur to read a poem and think about their limitations. We provoked them for no other purpose than to win them over.

It also happened that at our request municipal wardens “punished” car owners by handing them poems instead of tickets—to elicit some gratefulness which would then arouse curiosity, and the curiosity ultimately encoured one to read.

On several occasions, we decorated trees and the nearby park with printed sheets of paper or cardboard from which words could be arranged, only to convey that words are close within reach as opposed to beyond it, to show that everyone can share in creation.

All that rested on the premise that people harbour that kernel of anxiety about a world without poetry, that sometimes it is enough to find it, breathe on it ever so lightly to make it come alive and sprout forth.

We do not abandon the hope, but it would be difficult not to notice that the poem-less world got a grip on itself and clenched it fist-like, swelled, surged and—unbidden, mouth spewing big words—comes to aid of a sinister, boastful, dull force.

Over the two years from the last Poznań of the Poets, the atrophy of sensibility has made astonishing progress:

tens of thousands of trees were cut down

thousands of wild boars were killed

and many theatres museums periodicals

language was driven into lunacy.

Is there still reason for the festival to exist in that unlyrical time? Yes, there is, it is needed even more, albeit differently. Because the unlyrical situation today is akin to the situation from Różewicz, poetry is a “struggle for breath”, and the festival is fun, to be sure, but an earnest one.

To breathe in a country polluted by more than smog. Speak freely, listen to things that make sense. If this is what you feel is lacking, come to Poznań of the Poets.

Is it gale that causes fright?

Is it storm? Not quite right!

And in chorus blows its song

After which the world’s reborn.

Although one of the greatest hits of socialism (written by Ludwik Starski) is as laughable as it is self-conceitedly pompous, it nevertheless harbours a certain value. It is deftly composed, flawlessly rhythmical (the original at least), eager, driving on zestful verve. The overwhelming exaggeration it contains eloquently suggest that the author plays around with the convention of revolutionary songs, perfectly aware of what hyperbole is for and where suspending the rules of the so-called common sense may lead. At the same time, with a pretence of enthusiasm and tomfoolery alike, he says something important: youth begins at that very place which has slipped the grasp of normality and, on top of that, there is possibility for things to be different than they are.

After all, the festival is a grand exaggeration.

After all, who’s going to take in hundreds of poems over a few days? No normal person is.

After all, would anyone in their right mind find literature worthy of all-nighters, missed lectures and classes? No they wouldn’t.

After all, does anyone care about the distortive and refreshing influence of the New York school on the Romantic traditions in Polish lyric from the turn of the century? Oh, puh-lease!

Is it conceivable that serious professors, doctors, editors, even city councillors should behave like children challenging poets to an archery contest, oblivious of their authority, heedless of the probably detrimental effect of such behaviour on the conduct of the citizens? Well, quite.

But the festival is a holiday like Easter or—for instance—Hoshi Matsuri. Established to liberate oneself from the neurotic earnestness of daily life and to experience respite, even a momentary one, from the tedious forms. We have the right to be like birds or children, though not for the sake of legalizing the customs of bleak reality (or dissociating oneself from those with an empty, narcissistic gesture) but to mitigate the sense of their inevitability, to show that they cannot obscure our entire lives, that we are still willing to defend that life a little or even—hopefully—regain, recapture it.

The festival is a d(r)eflection of language. This language rebound means first of all that language bounces in the direction cuckoo; second, that we are trying to find our own distinct style, one which expresses us better, and third, that we wish to reclaim language from its cynical hijackers.

As a result, everything is different at the festival: poetry, friendship, anger and melancholy, conversation-benders, intensity, closeness without barriers, frankness without fear. Who loves hierarchies, gorges on power, speaks only the language of profit or the vernacular of the one and only, Polish-Catholic righteousness, won’t feel well here. And that’s just as well.

Other hands wield powers here—Joanna’s, whose kindness makes people better, and Marianka’s, and Karol’s, who’s never been all too keen to boss others around; there are Marcin and Krzysztof, for who would refuse them, poets, readers, students, Joasia B. and Dawid, who—like Napoleon—were born for work (but not for war), Ms Zofia the Perspicacious and Ania the Artist, and Basia, and Julia, and the folks from the Regional Public Library and Culture Animation Center.

And yet, no one truly rules here, everybody just is—curious of the world and of one another too. If you want to see how normal that abnormal life with the poem is, come to the 2019 Poznań of the Poets Festival! 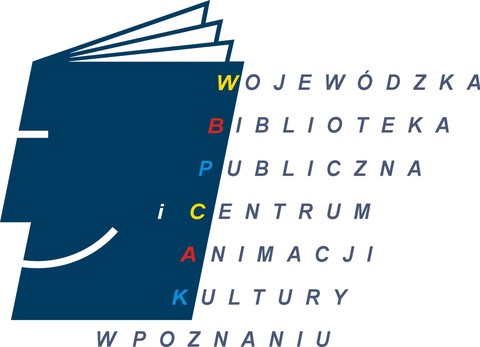